Yes, I said it was a triple wedding.  We had the wonderful experience of performing at a TRIPLE wedding on New Year’s Eve – Linda and her two daughter’s Courtnie and Katie were all married at The Log Cabin in Holyoke MA.  Linda’s other daughter, Corrine was also going to be part of the wedding but decided she wanted her own wedding next year.

We provided DJ, Video screens, Up-Lighting, Ceremony music and WE MADE IT SNOW INSIDE for their new year’s eve countdown.

We started out in the Southampton Room and had three short and sweet ceremonies in a row.  Each was unique with regards to style and music.  As the girls were in each other’s weddings, we played slide shows between ceremonies to allow them time to change in and out of their wedding dresses and into their bridesmaids dresses.  What an experience!

The full ballroom was set for their cocktail, dinner and dancing.  Linda surprised the girls by having us place each of their names in lights on the dance floor.  There were three cupcake towers, a huge head table and we projected snowflakes up on the ceiling.  For the 12:00 count down, we broke out the party props and noise makers and then surprised everyone by making it SNOW inside on the dance floor.  What an amazing night. 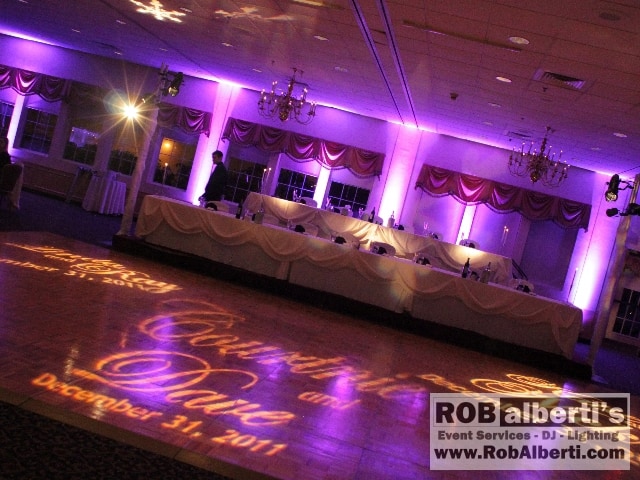 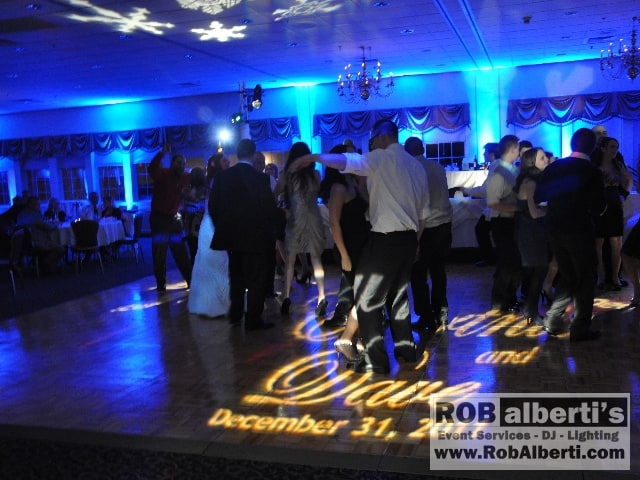 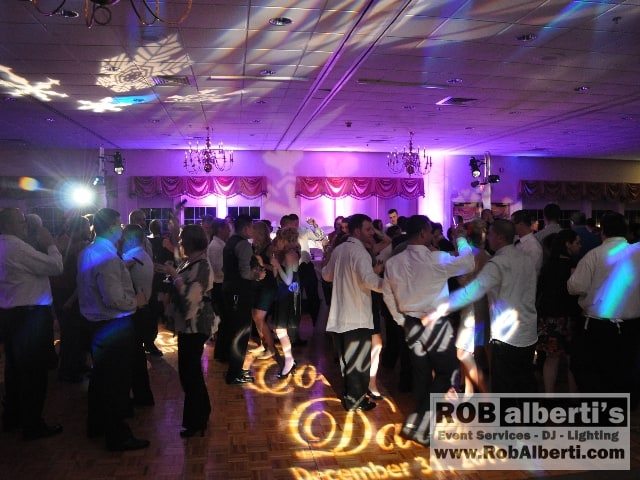 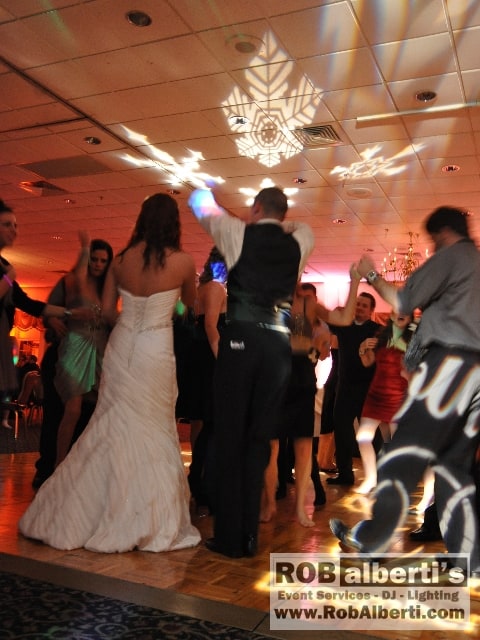 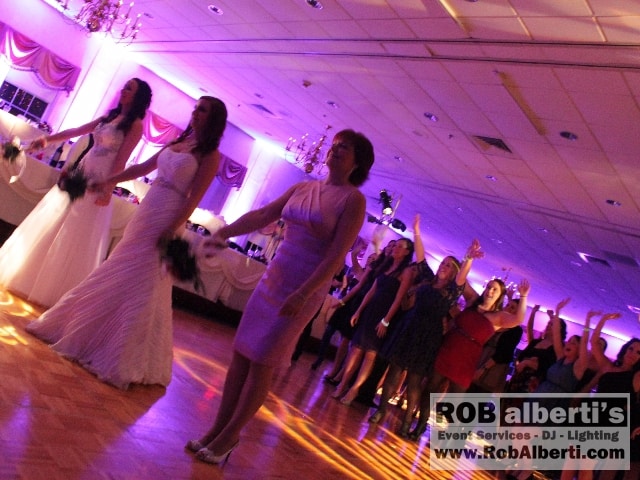 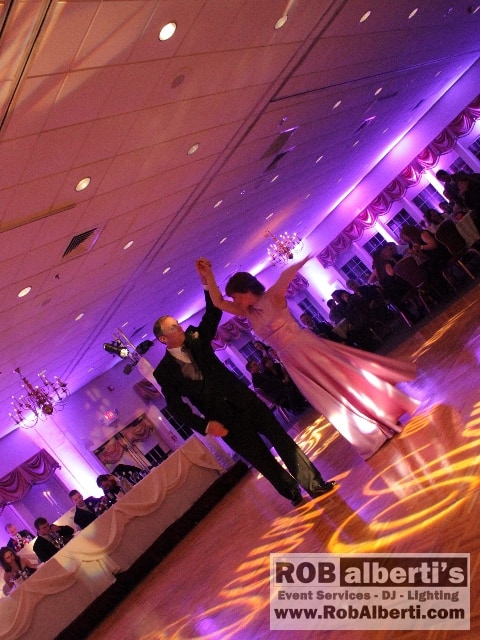